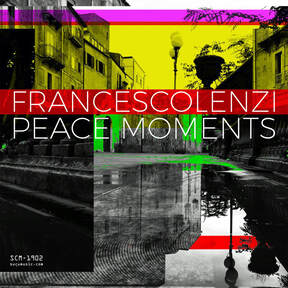 Is he who takes up his instrument and tries to sound the same as early Pink Floyd, or early Soft Machine, or Grateful Dead, you name it?

​Or is he who tries to translate the spirit of 1960's psych rock according to the spirit of the time he lives in? Psychedelic music was not about tradition.

Psychedelic music was all about innovation, the use of state-of-the-art technology and the opening of the musical mind, so that new, theretofore unheard-of territories could be mapped and revealed to the world. (I can hear you, can't I, protesting there was also drugs in the menu. Of course there were drugs, but it's music we're speaking of here, ain't we?) I think this is that psychedelia is all about, not playing the umpteenth cover of Astronomy Domine (unless your name is Nick Mason and your band's called A Saucerful of Secrets, that is, but that's another story), but approaching music in the same spirit of yore, using nowaday's state-of-the-art technology and inventiveness.

This is what Francesco Lenzi does in his latest release, in the truest psychedelic spirit. Playing his guitars, he offers us a remarkable palette of psychedelic sonic landscapes with no traces of a song format (which even the most famous bands cited above were sometimes reluctant to leave behind) and no clear rhythm pulsations, unless they serve to deconstruct what, in other hands, might have turned out as a hip-hop track. Echoes of shoegaze in its wildest forms can be heard here and there (My Bloody Valentine?), and there is also room for gentle acoustic guitars and field recordings of birds twittering and other assorted natural sounds (mutatis mutandis, in the same realm as Grantchester Meadows, of Ummagumma fame)

The tracks follow one upon another in a sonic stream of consciousness wherein moods are skilfully alternated, from grating, glitching, harsh noises, to placid descents into 'caves measureless to man', if some poetry can be of help. And, when the resonation of the last sound in the album gives way to silence, one is left with the desire to continue the voyage and start listening again. No mean feat, I can assure you.